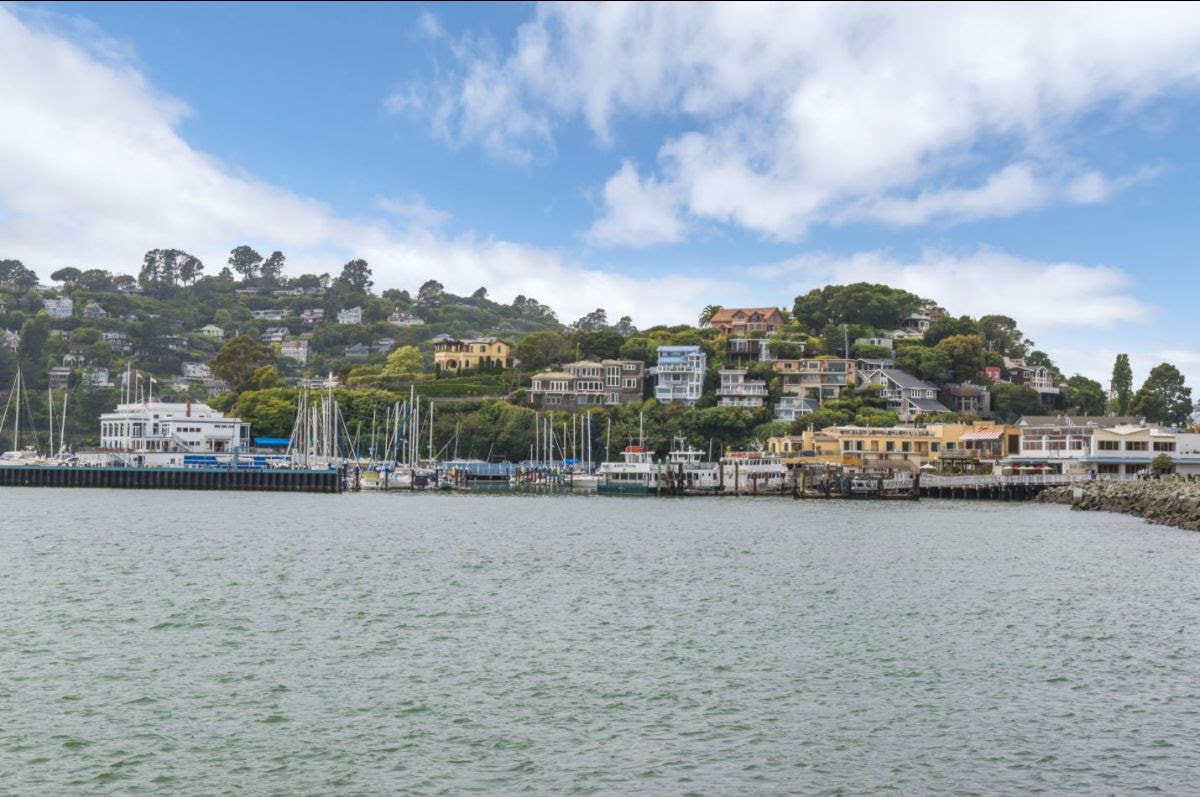 OCTOBER 2020 WRAP-UP
The phenomenal growth pattern that emerged in Marin County during the past several months has softened a bit through October. The median sale price, however, still recorded 5.5 percent higher than last year, and the median price per square foot remains up a staggering 16.8 percent. Homes continue to sell at an accelerated rate as well, with median days on market recording at 22 days vs 29 last year. That being said, October picked up 3 days when compared to September.

Reduced inventory continues to be a factor. Yet even in a year that has been anything but typical, we expect the market to calm somewhat during the holidays, though not as much as usual with the continued pent-up demand and record-low mortgage rates.

Mortgage rates dropped to new lows yet again last week (averaging 2.78 percent for a 30-year fixed) with FreddieMac reporting, 'Mortgage rates hit another record low, the twelfth time this year, due to economic and political ambiguity. Despite the uncertainty that we’ve all experienced this year, the housing market, buoyed by low rates, continues to be a bright spot.' 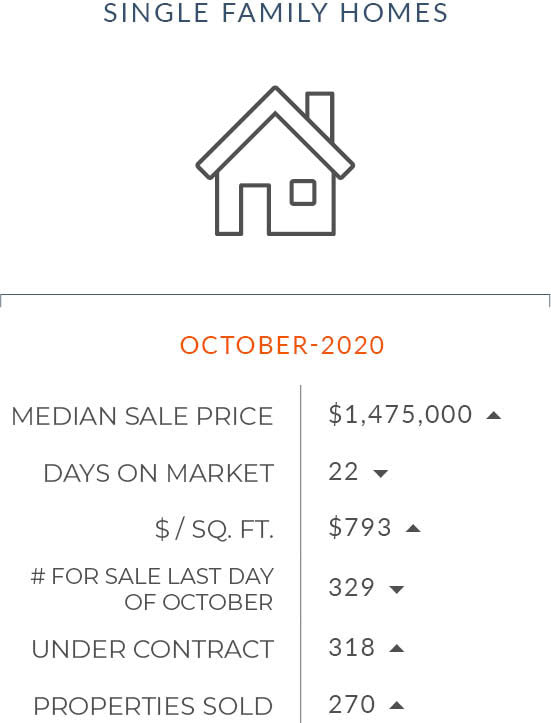 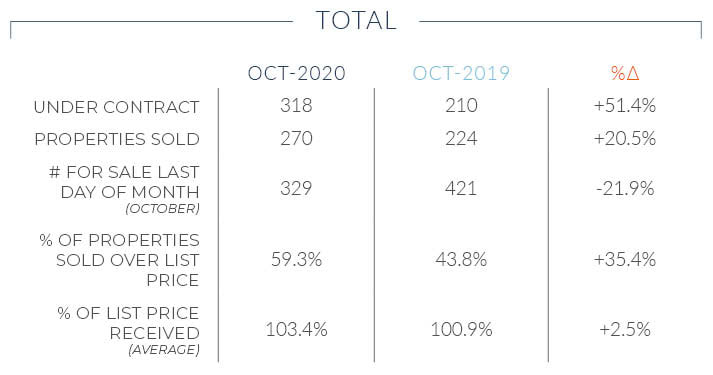 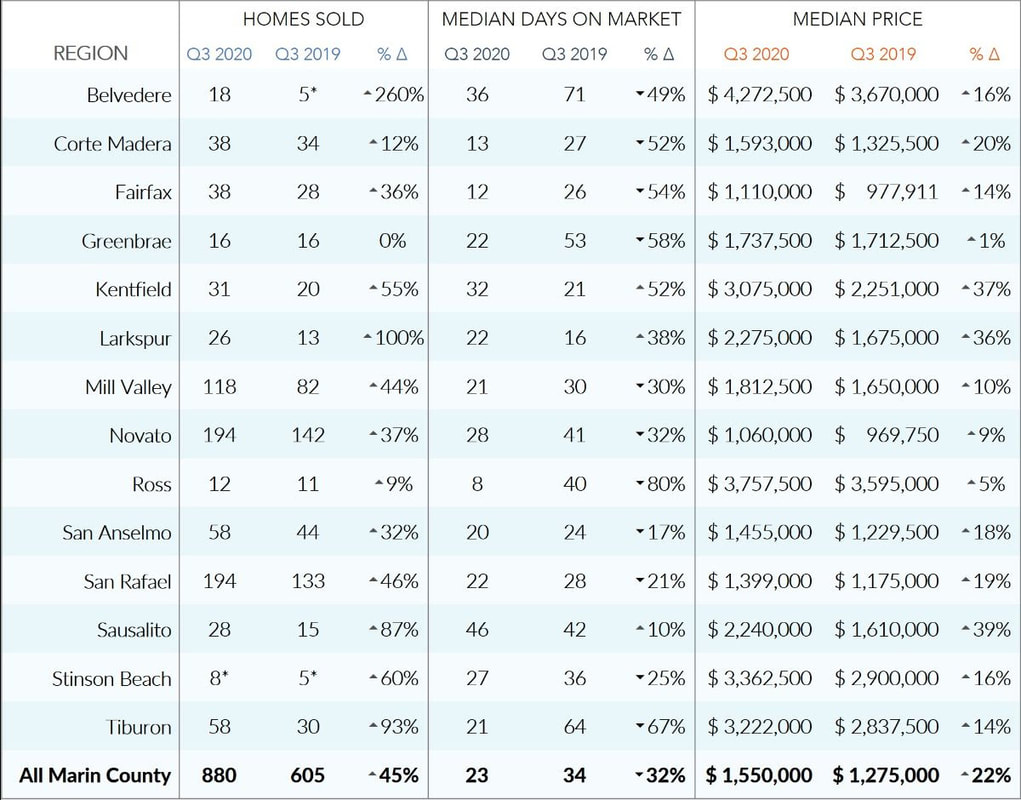